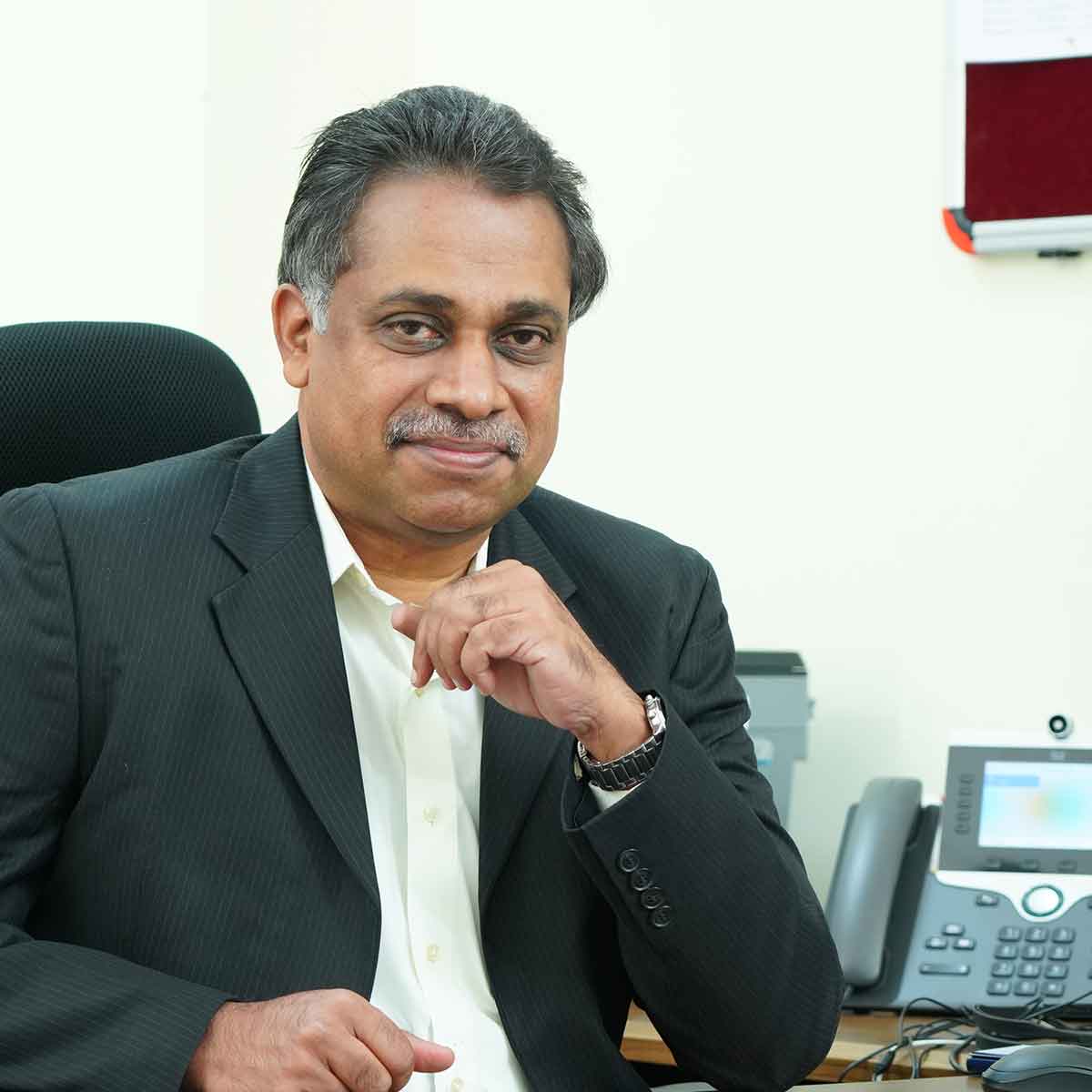 Dr. Saji Gopinath, is the first Vice Chancellor of the newly formed Kerala University of Digital Sciences, Innovation and Technology (Digital University Kerala). Before assuming this position in 2000, he served as    Chief Executive Officer of Kerala Startup Mission for three years and also worked as Director of Indian Institute of Information Technology and Management Kerala. Dr. Gopinath was associated with the Indian Institute of Management for over 17 years as its Dean (Academics), Dean (Development) and Professor in Operations Management. He was also the Director of TAPMI Manipal and the founding Dean of Bennett University set up by Times of India. He also serves as visiting faculty to a few Universities in Europe and Australasia.

A Gold Medalist in Mechanical Engineering (1988 batch) from Kerala University, Dr. Gopinath did his PG and Ph.D in Management Studies from the Indian Institute of Science. He worked with L&T and ONGC before shifting to Academics. As a faculty member associated with IIM Kozhikode since its inception in 1997, he played a pivotal role in making it as one of the top 5 management schools in the country. Under his leadership, Kerala Startup Mission has been consistently ranked as Top Performer Ecosystem in the country by Govt. of India and as World’s#1 Public Business Accelerator by the World Incubation Summit in 2019. He is also instrumental in converting IIITMK into a University of Digital Sciences, Innovation and Technology with a focus to address the research and talent issues of Industry 4.0.  He has several research papers in reputed journals and consults many leading corporates and national  organizations. He also serves in several National committees on Education and Technology. He was also recipient of several awards from National and International Bodies. British Council Knowledge Economy Fellowship, TiE Ecosystem Enabler Award, ISTD Transformation Guru Award, Educational Leadership Award, KMA Technology Leadership Award, CMA Management Leadership Award, Future Kerala Best CEO Award etc. are some of them.