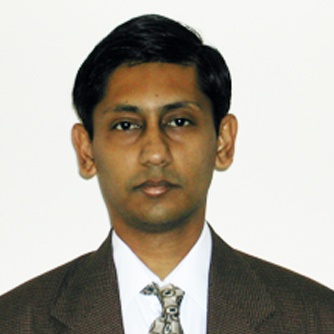 Dr Ramesh Venkatesan is an expert in Magnetic Resonance Imaging physics, image reconstruction and systems engineering. He has been employed at GE Healthcare since late 1998. Ramesh started his career in Wipro GE Medical Systems as a Scientist, working closely with clinical collaborators to develop new technologies that addressed unmet clinical needs. After that, he led the MR Applications Engineering team for 3 years during which period he continued to drive the team to develop impactful innovations that addressed clinical needs. He was then appointed the Principal Engineer for the MR Physics team.

Over the years, he expanded his responsibility to image visualization and analysis, image reconstruction, systems engineering and applications workflow development. Since 2010, he has been focused on innovations needed to address broader regional needs around improving access and affordability for MRI in line with GE Healthcare India efforts. This focus has culminated in his current role as Founding member of Gauss line MR, an intrapreneurial effort within GE Healthcare, over the past 2 years. Ramesh is the co-author of a popular graduate-level textbook on MR physics and has authored several impactful & widely referred publications. He is an inventor, having contributed to 14 patents and company trade secrets.