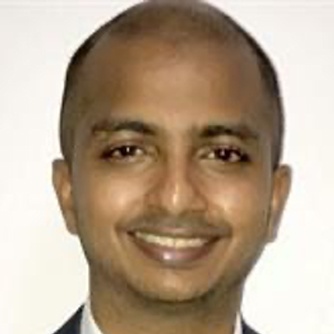 Dr Deepu John (Senior Member, IEEE) received the B.Tech. degree in electronics and communication engineering from the University of Kerala, India, in 2002, and the M.Sc. and Ph.D. degrees in electrical engineering from the National University of Singapore, Singapore, in 2008 and 2014, respectively. His research interests include low-power biomedical circuit design, energy-efficient signal processing, and wearable healthcare devices.

He was a recipient of the Institution of Engineers Singapore Prestigious Engineering Achievement Award, in 2011, the Best Design Award at Asian Solid-State Circuit Conference, in 2013, the IEEE Young Professionals, Region 10 Individual Award, in 2013. He served as a member of the technical program committee for IEEE conferences TENCON 2009, ASICON 2015, and TENCON 2016. He is a reviewer of several IEEE journals and conferences and serves as an Associate Editor for IEEE Transactions on Biomedical Circuits and Systems.