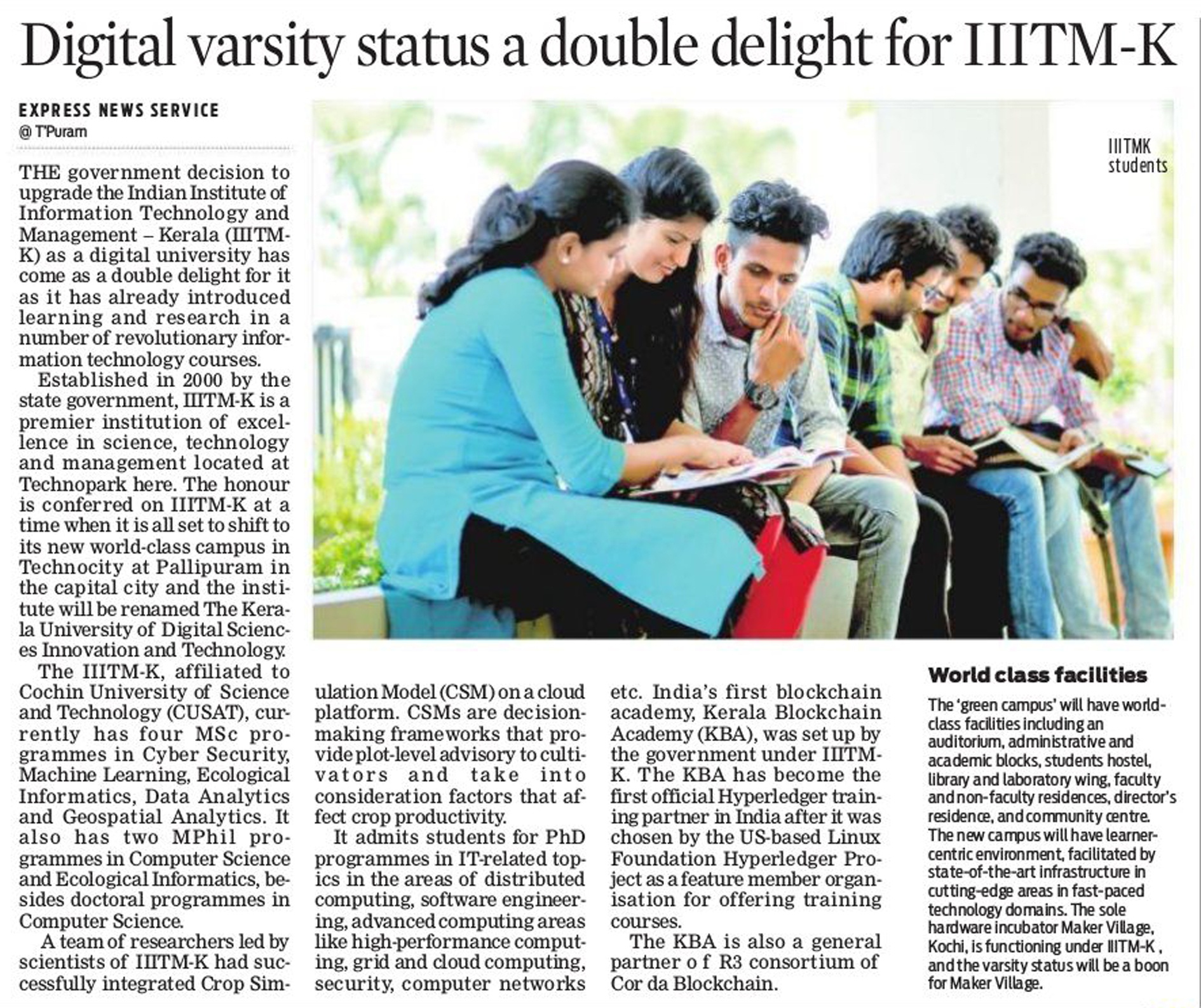 Thiruvananthapuram, Jan 15 (IANS) The Kerala cabinet on Wednesday through a new Ordinance upgraded the capital city based Indian Institute of Information Technology and Management – Kerala (IIITM-K) to that of the state”s first Digital University which will have five different schools in core areas, besides concentrating on research.

IIITMK, located at the Technopark campus, here, hitherto was an autonomous educational institution established by Government of Kerala in the year 2000, was a multidisciplinary premier postgraduate institute offering courses in computer science and IT.

“The cabinet has decided to recommend to the Kerala Governor to come out with an Ordinance to upgrade IIITMK into a digital university with the name The Kerala University of Digital Sciences, Innovation and Technology,” said the office of Chief Minister Pinarayi Vijayan.

“This new move comes in the backdrop of the initiative of the Kerala government for the development and strengthening of the IT industry and digital technology in all spheres of development, so as to speed up the connect between the education and IT industry segments,” said Vijayan”s office.

IIITMK has been upgraded to a digital university so as to give more emphasis on disruptive technologies which include blockchain, Internet of things besides AI and data analytics and for that five different Schools will be set up under the new digital university.

The Schools will include in areas like computing, electronic design and automation, informatics, digital bio-sciences and digital humanities.